Up From The Streets – New Orleans: City of Music from Pannonia Entertainment on Vimeo.

Up From The Streets – New Orleans: City of Music

Up From The Streets explores the unparalleled, historical musical heritage of New Orleans. Produced and directed by Michael Murphy and hosted by Oscar-nominated and six-time Grammy-winning jazz trumpeter / composer Terence Blanchard – Up From The Streets dissects the evolution of the city’s music, from early innovations in Jazz through R&B and Funk. Archival and newly filmed performances by such legends as Louis Armstrong, Fats Domino, Allen Toussaint, Dr. John, The Neville Brothers, and, of course, The Preservation Hall Jazz Band are weaved between conversations with such impactful New Orleans musicians as Branford Marsalis, Wynton Marsalis, Harry Connick, Jr., Mannie Fresh, and Dr. Michael White, as well as commentary by Robert Plant, Keith Richards, Bonnie Raitt, and Sting.

Theatrical rights are available from the 1st of October 2020 to the 30st of December 2020 for cinemas across Hungary, Czech Republic, Slovakia, Poland and Romania. 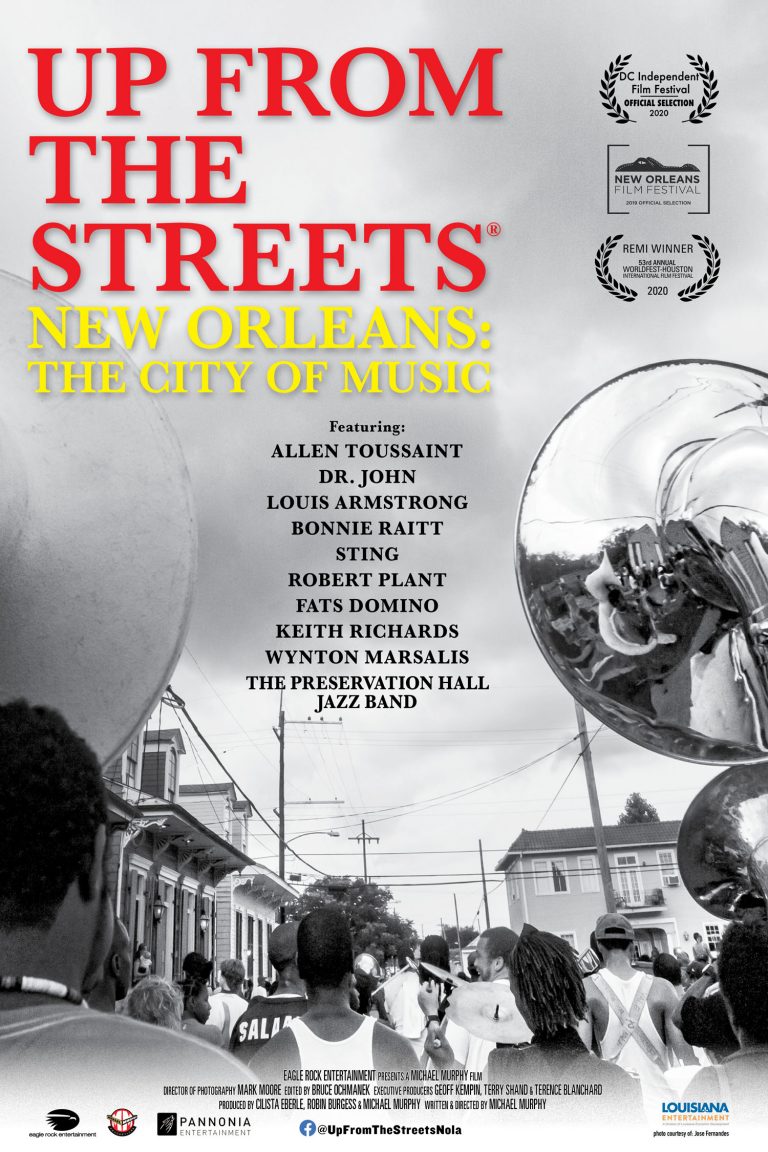