Matthew Bourne’s vivid story telling has never been more heart-stopping and touching, and will take the audience into the heart of Prokofiev’s magnificent score, and the sights and sounds of war-torn London.

Neil Westmoreland – Resident DirectorFollowing the sold-out and critical success of The Red Shoes New Adventures returned in 2017 with one of our most popular and beloved productions, Matthew Bourne’s Cinderella – a thrilling and evocative love story, set in London during the Second World War.Matthew Bourne’s interpretation of the classic fairy tale has, at its heart, a true war-time romance. A chance meeting results in a magical night for Cinderella and her dashing young RAF pilot, together just long enough to fall in love before being parted by the horrors of the Blitz.

With Lez Brotherston’s sumptuous costumes and sets, which won an Olivier Award for his original designs, lighting by Olivier Award-winning Neil Austin and video and projection designed by Duncan McLean, Cinderella is performed in Surround Sound, designed by Paul Groothuis and featuring a specially commissioned recording played by a 60 piece orchestra. 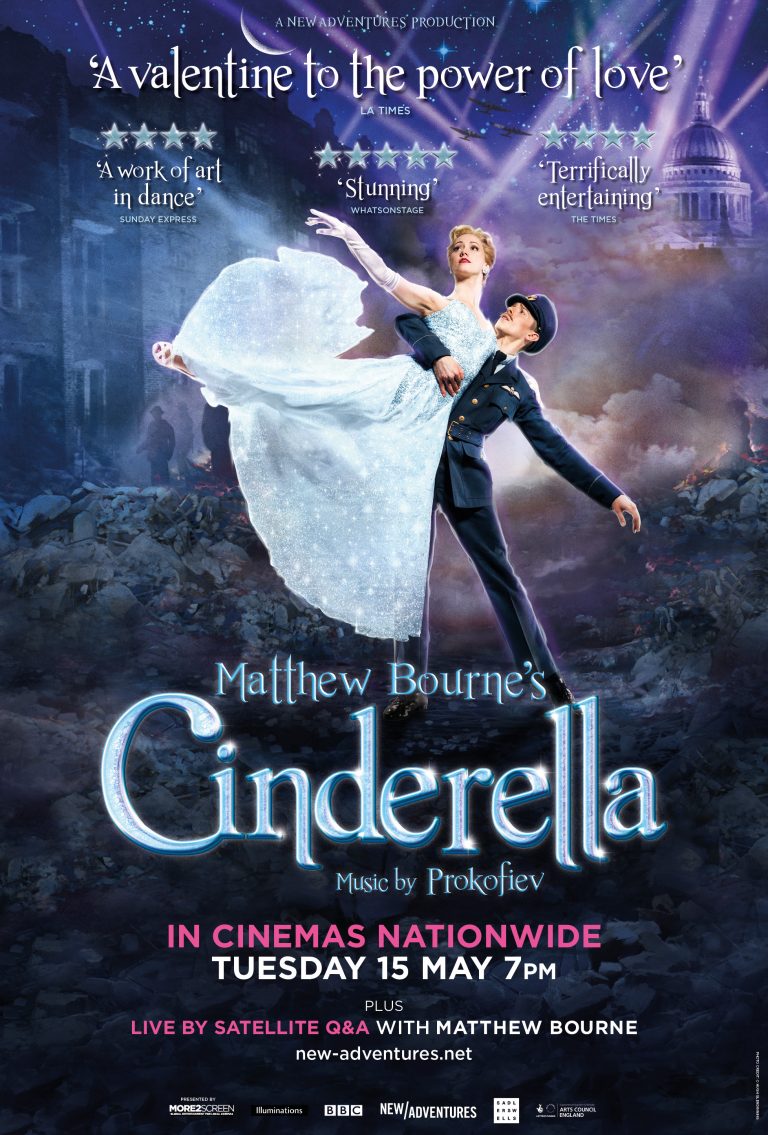