To celebrate the centennial of the Maestro’s birth on January 20, 1920, the documentary will explore,
for the first time, “the hidden world” of Federico Fellini.
It will draw on plenty of unseen materials from the archives of pubcaster Rai and state film entity Istituto
Luce, in addition to film clips, to reconstruct and depict Fellini’s rapport with the spiritual and the supernatural.
Besides Chazelle and Friedkin, the doc also features interviews with Terry Gilliam and Fellini’s collaborators
Fiammetta Profili and Filippo Ascione, with his close friend journalist Sergio Zavoli and Italian scholars Andrea Minuz and Aldo Tassone, among others.
Produced by Mad Entertainment and Rai Cinema in coproduction with Walking the Dog, Arte, Rai Com

Theatrical rights are available to the end of January 2023. 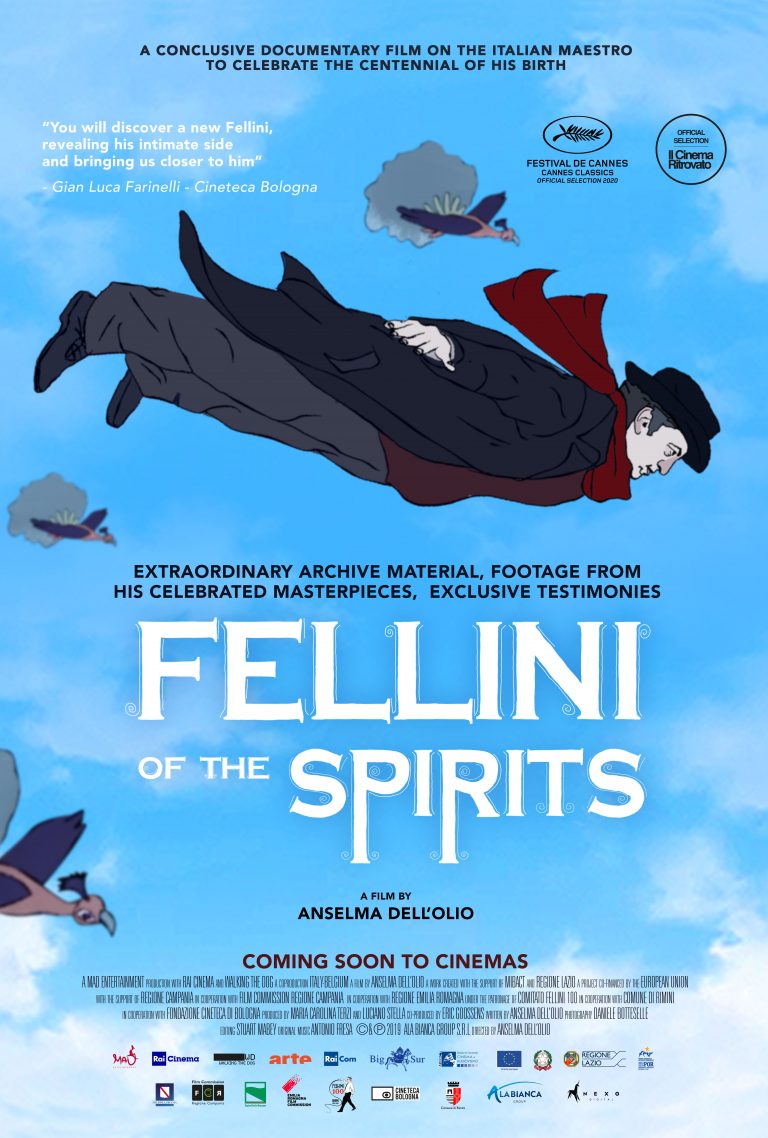